John decided to go skiing with his buddy, Keith. So they loaded up John's minivan and headed north.

After driving for a few hours, they got caught in a terrible blizzard. So they pulled into a nearby farm and asked the attractive lady who answered the door if they could spend the night

'I realize it's terrible weather out there and I have this huge house all to myself, but I'm recently widowed,' she explained. 'I'm afraid the neighbors will talk if I let you stay in my house.'

'Don't worry,' John said. 'We'll be happy to sleep in the barn. And if the weather breaks, we'll be gone at first light.' The lady agreed, and the two men found their way to the barn and settled in for the night.

Come morning, the weather had cleared, and they got on their way.

They enjoyed a great weekend of skiing.

But about nine months later, John got an unexpected letter from an attorney. It took him a few minutes to figure it out, but he finally determined that it was from the attorney of that attractive widow he had met on the ski weekend.

He dropped in on his friend Keith and asked, 'Keith, do you remember that good-looking widow from the farm we stayed at on our ski holiday up north about 9 months ago?' 'Yes, I do.' Said Keith.

'Did you, ER, happen to get up in the middle of the night, go up to the house and pay her a visit?'

'Well, um, yes!,' Keith said, a little embarrassed about being found out, 'I have to admit that I did.'

'And did you happen to give her my name instead of telling her your name?'

'She just died and left me everything.'
Posted by Wulfweard The White at 7:25 pm No comments:

Here’s something to think about.
I recently picked a new primary care doctor. After two visits and exhaustive lab tests, he said I was doing “fairly well” for my age. (I just turned 50.) A little concerned about that comment, I couldn’t resist asking him, “Do you think I’ll live to be 80?”

He asked, “Do you smoke tobacco, or drink beer or wine, indulge in chocolate or coffee?”
“Oh no,” I replied. “I’m not doing drugs, either!”
Then he asked, “Do you eat rib-eye steaks and barbecued ribs?
“I said, “Not much... my former doctor said that all red meat is very unhealthy!” 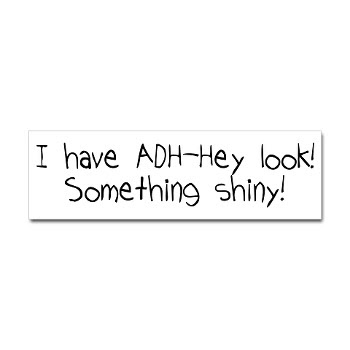 Posted by Wulfweard The White at 6:44 pm No comments:

Does this sum up Britain?

I don't know where this letter came from but I think it speaks a lot of truths....

Dear Minister,
I'm in the process of renewing my passport but I am at a total loss to understand or believe the hoops I am being asked to jump through.

How is it that Bert Smith of T.V. Rentals, Basingstoke, has my address and telephone number and knows that I bought a satellite dish from them back in 1994, and yet, the Government is still asking me where I was born and on what date?

How come that nice West African immigrant chappy who comes round every Thursday night with his DVD rentals van can tell me every film or video I have had out since he started his business up eleven years ago, yet you still want me to remind you of my last three jobs, two of which were with contractors working for the government?

How come the T.V. detector van can tell if my T.V. is on, what channel I am watching and whether I have paid my licence or not, and yet if I win the government run lottery they have no idea I have won or where I am and will keep the bloody money to themselves if I fail to claim in good time.
Do you people do this by hand?

You have my birth date on numerous files you hold on me, including the one with all the income tax forms I've filed for the past 30-odd years. It's on my health insurance card, my driver's licence, on the last four passports I've had, on all those stupid customs declaration forms I've had to fill out before being allowed off the planes and boats over the last 30 years, and all those insufferable census forms that are done every ten years and the electoral registration forms I have to complete, by law, every time our lords and masters are up for re-election.

Would somebody please take note, once and for all, I was born in Maidenhead on the 4th of March 1957, my mother's name is Mary, her maiden name was Reynolds, my father's name is Robert, and I'd be absolutely astounded if that ever changed between now and the day I die!

I apologise Minister. I'm obviously not myself this morning. But between you and me, I have simply had enough! You mail the application to my house, then you ask me for my address. What is going on? Do you have a gang of Neanderthals working there? Look at my damn picture. Do I look like Bin Laden? I don't want to activate the Fifth Reich for God's sake! I just want to go and park my weary backside on a sunny, sandy beach for a couple of week's well-earned rest away from all this crap.

Well, I have to go now, because I have to go to back to Salisbury and get another copy of my birth certificate because you lost the last one. AND to the tune of 60 quid! What a racket THAT is!! Would it be so complicated to have all the services in the same spot to assist in the issuance of a new passport the same day? But nooooo, that'd be too damn easy and maybe make sense. You'd rather have us running all over the place like chickens with our heads cut off, then find some tosser to confirm that it's really me on the damn picture - you know... the one where we're not allowed to smile in in case we look as if we are enjoying the process!
Hey, you know why we can't smile? 'Cause we're totally jacked off!

I served in the armed forces for more than 25 years including over ten years at the Ministry of Defence in London. I have had security clearances which allowed me to sit in the Cabinet Office, five seats away from the Prime Minister while he was being briefed on the first Gulf War and I have been doing volunteer work for the British Red Cross ever since I left the Services. However, I have to get someone 'important' to verify who I am -- you know, someone like my doctor...
who, before he got his medical degree 6 months ago WAS LIVING IN PAKISTAN...

Yours sincerely,
An Irate British Citizen.

Posted by Wulfweard The White at 2:56 pm No comments:

Posted by Wulfweard The White at 4:53 pm No comments:

What all young Wizards should have

Posted by Wulfweard The White at 7:34 am No comments:

One of lifes losers

Fire investigators in Maui have determined the cause of a blaze that destroyed a $127,000 home last month - a short circuit in the home owner's newly installed fire prevention alarm system.
"This is even worse than last year," said the distraught home owner, "when someone broke in and stole my new security system..."
Posted by Wulfweard The White at 6:58 pm No comments:

Proof French Fries are good for your heart

Posted by Wulfweard The White at 8:04 pm No comments:

Posted by Wulfweard The White at 9:10 pm No comments:

What do you mean dads back from Iraq? I can't see him!

Posted by Wulfweard The White at 9:13 am No comments:

Posted by Wulfweard The White at 9:12 am No comments:

Posted by Wulfweard The White at 9:11 am No comments:

WASHINGTON (Reuters) - A fruity cocktail may not only be fun to drink but may count as health food, U.S. and Thai researchers said on Thursday.
Adding ethanol -- the type of alcohol found in rum, vodka, tequila and other spirits -- boosted the antioxidant nutrients in strawberries and blackberries, the researchers found.

Any colored fruit might be made even more healthful with the addition of a splash of alcohol, they report in the Journal of the Science of Food and Agriculture.

Dr. Korakot Chanjirakul and colleagues at Kasetsart University in Thailand and scientists at the U.S.
Department of Agriculture stumbled upon their finding unexpectedly.

They were exploring ways to help keep strawberries fresh during storage. Treating the berries with alcohol increased in antioxidant capacity and free radical scavenging activity, they found.

Any colored fruit or vegetable is rich in antioxidants, which are chemicals that can cancel out the cell-damaging effects of compounds called free radicals.

Berries, for instance, contain compounds known as polyphenols and anthocyanins. People who eat more of these fruits and vegetables have a documented lower risk of cancer, heart disease and some neurological diseases.

The study did not address whether adding a little cocktail umbrella enhanced the effects.

Posted by Wulfweard The White at 9:10 am No comments:

T'was 4 and twenty blackbirds there a minute ago......

Posted by Wulfweard The White at 9:08 am No comments: